The Protected Area of ​​Anjajavy is a component of the dry deciduous forests of Madagascar located in the Indian Ocean to the north-west of Madagascar. The Anjajavy forest surrounds the village of Anjajavy and provides habitat for many rare and endangered species. It covers about 50 square kilometers and occupies a continuous part of the peninsula on which the village of Anjajavy is located. The peninsula is bounded by Majajamba Bay to the south and Narinda Bay to the north. Anjajavy forest has a lot in common with other dry deciduous forests emerging from the Tsingy limestone formations of western Madagascar. It is because of the presence of large tsingy outcrops as well as the remoteness of this part of Madagascar from the country's population center in Antananarivo that the forest here has been less disturbed than many other forests in the country. For example, the central highland plateau, easily accessible from the population center, has been decimated by decades of slash-and-burn agriculture by indigenous peoples, resulting in massive desertification and erosion. The incidence of species endemism in the western dry forests is very high, including ten of the fourteen known lemur genera, five of the eight tenrec genera, and 16 of the 17 genera of Chiroptera from Madagascar represented. There are a variety of mammals, birds, reptiles and arthropods found in the Anjajavy forest. 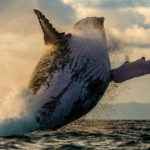 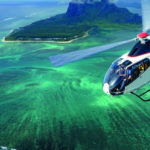 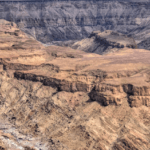