Zimbabwe has the second largest elephant population in southern Africa and a significant rhino population, despite being threatened by poaching. The fauna is also made up of many mammals including the hippo, baboon, giraffe, kudu, zebra, warthog, porcupine, badger, otter, hare and many others, for a total of about 350 different species of mammals. The largest of the lizards, the monitor lizard, can be found in many rivers, as can some species of crocodiles. There are also more than 500 species of birds such as pruning, barbican, meropid, foudi, nightingale, bouscarle, guinea fowl, foliotocol cuckoo, tetra and pheasant. There are also 131 species of fish, the most common of which is the goliath tiger fish. Zimbabwe therefore has a rich biodiversity, as it is also home to a large number of conventional species of African tropical flora and fauna.

The Best of Madagascar | Private Charter 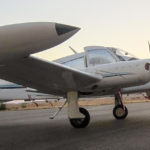 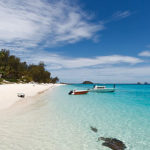